Most of the cities in the United States are becoming smaller. More people are moving migrating from the rural areas to urban areas. According to research that was conducted by the United Nations, 54% of the total global population lives in the cities. The sad reality is that the number keeps growing over the years. One of the many issues that many urban dwellers is the housing. Houses in the cities such as in New York are expensive and this has forced all the stakeholders in the housing industry to look for a long-lasting solution. One of the solutions that can tackle the housing problem is the introduction of micro apartments.

The luxury of living in spacious apartments in busy cities such as New York and San Francisco is becoming elusive. In addition to the high rental costs, the overall value of living is also high in most of the American cities. Modular apartments have been poised to be the ultimate solution that can effectively combat the current housing crisis. Micro apartments suit the lifestyle of today’s urban dwellers. In addition to being cost-effective, they can also save on energy and environment. This is why the future of housing belongs to micro apartments.

Micro apartments is not a completely new concept. It may be new in the USA but was embraced several years ago in other countries. Between the 1960s and 1970s, some of the Japanese architects were in the process of implementing the concept of small living space. They were looking for a solution to deal with the issue of overpopulation in Tokyo. Several years, the concept experienced tremendous growth. Most of the micro-apartments that were constructed in Japan were meant to meet the needs of young professionals who would like to live in the cities.

When it comes to the densely populated cities, most of the real estate developers are faced with several challenges. One and probably the biggest challenges that real estate developers face is how to build more on a less small piece of land. The only way to solve this problem is by building small and taller apartments. Using this concept to build the traditional apartments will result in chaos. Modular apartments occupy minimal floor area which is usually less than 400sq-ft. These housing models may also involve sharing some public spaces such as kitchen and dining areas. With micro apartments, you need to embrace new lifestyle changes so as to enjoy its benefits to the fullest.

Staying within the laws

To combat the effects of environmental pollution and global warming, most of the cities in the United States have laid down tough by-laws that are meant to protect the environment. Some of the laws are also meant to ensure that city dwellers lead high-quality lives. For instance the housing laws in New York City limit on the maximum number of people that should live in a particular space. These rules force many New Yorkers to live independently. In doing so, they don’t have other options but to bear with the high rental costs.

Initially, modular housing was reserved for students and those who have just about to venture into the job market. A big percentage of this population is made of single adults. Right now things have changed and these homes are attracting people from all walks of life. The elderly and even the single parents have also been affected by the crisis and are now looking for smaller houses and affordable.

Just because they are referred to as micro apartments does not mean that you will struggle to live in them. These apartments are designed to give you maximum comfort like any other normal house. Even though the size of space may be limited, you will be able to handle all the tasks without feeling the urge to get extra space. To ensure that there is proper utilization of the small existing small space is completely utilized, many pieces of furniture that are used here are versatile and flexible. You can easily fold and unfold your chair. The same applies to study desk and computer desks. Your couch can be easily transformed to be a bed at night.

The potential growth of micro apartments can be easily seen in other related industries. Most of the manufacturers dealing in household goods are producing products that cater for micro-living. The latest furniture designs in the market focus on saving space. Others are multifunctional meaning that they can be converted to be used for other purposes other than their original use.

With the advancement of technology, most of the urbanites have no option but to embrace the changes. As expected, modular apartments may not impress everyone. Some people may find it difficult to adopt to the new lifestyle. The future of micro apartments looks bright especially if we focus on the problems that they intend to solve.

Hello and Welcome to Francie Webb. My name is Francine Collins and I'm thrilled that you've made it to my tiny little website! Originally from Asheville, North Carolina and working for years as a horticulturalist, I now travel North America with my husband in our hand-built tiny home and preach about sustainable living. A bit part of my life is spent in or around my tiny house, so I'd thought I'd put together a blog centered around promoting the tiny house movement. I hope you like it!
View all posts by Francie Collins → 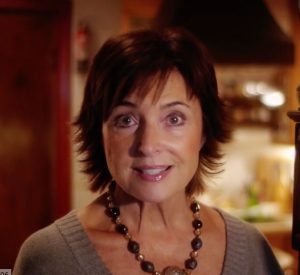